Our Top 6 Favourite Countries to Move to in Europe 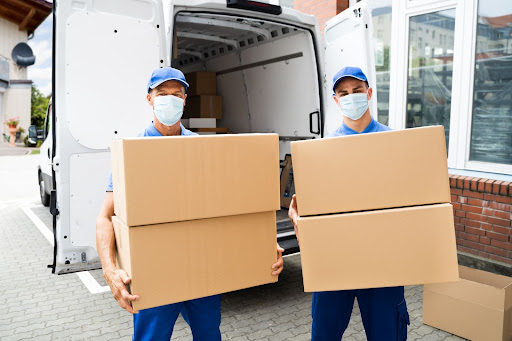 Relocating to Europe can be a bold move or a move that will be refreshing and relaxing over time. There are several aspects to consider, such as visas and home removals to Europe. In case you're still deciding where to move from the UK to Europe, this article might give you some inspiration.

Moving to Europe After Brexit

Moving from the UK to Europe after Brexit is a big step. But before settling in the EU, there are a few essential things you should know.

After Brexit, the UK no longer enjoys a special status among other European nations. There are still a few EU member states where you can stay for 90 days within any 180-day period fairly easily. However, if you plan on moving to Europe, there are a few extra steps you'll have to complete before starting a new life abroad. For some countries, a visa may be required. To obtain one, you must meet the specific guidelines in the country where you intend to settle down.

You should also keep in mind that your professional credentials won't automatically be recognised abroad. So make sure you check with the UK embassy before moving to ensure you will be allowed to work.

6 Most Desirable Countries to Move in Europe

For many UK residents,moving to France is the dream of a lifetime. In fact, about 180,000 British expats already live in France, making it a very popular country for Brits to move to.

The French economy remains one of the most robust in the world, and the job market there is no exception. France is an excellent place for entrepreneurs, thanks to improved start-up funding and accelerator programs. Healthcare in France is also state-funded. Nevertheless, it isn’t free, so expats are expected to have global health insurance.

France's cities offer convenient public transportation, diverse cultures, and vibrant communities. If you'd rather stay out of the big cities, consider moving to the countryside, where you'll find cheap housing and close-knit communities.

Another popular destination for expats is Spain.More than 400,000 Britons are living in Spain, making the British community the third largest expat group in the country after Romanians and Moroccans.

Spain has always been a popular destination for British expats, thanks to the country's rich culture, excellent weather, affordable housing and decent employment prospects. Additionally, the general cost of living is cheaper than living in the UK.

Spanish cities like Barcelona, Madrid, Granada, and Malaga are among the most popular. Barcelona is a great place for entrepreneurs. There are plenty of job opportunities and good economic prospects in Madrid. In addition, you'll get to see shows, watch theatre, and go to concerts. Then there's Granada, with mountains on the north and beaches on the south. As a final point, Malaga is a favourite among retirees due to its wonderful weather and low cost of living, which make it a popular retirement destination.

Like Spain, Portugal is also popular for its amazing weather and picturesque landscapes. If you plan to move to Portugal, you’ll be glad to know that living there is relatively inexpensive in terms of living costs and property prices. You can also easily get around, either on foot or by public transportation.

Portugal is a country bursting with a vibrant culture, incredible local and international cuisine and breath-taking architecture. A diverse culture, efficient public transportation and high-quality healthcare contribute to Portugal's popularity with expats.

Over 40,000 Brits lived in Portugal in 2020. This makes Brits the second largest foreign population in Portugal, second only to Brazilians. Comparatively, in 2016, British residents accounted for only the sixth largest number of foreigners in Portugal.

Portugal has long been an attractive retirement destination for British retirees. Among the areas most popular for expats are Algarve, Lisbon, Porto, Coimbra and Madeira.

Italy offers many wonderful cities, such as Venice, Milan, Naples, Florence and Rome. Throughout the country, you will find cultural and culinary delights like no other. Its lovely beaches and Mediterranean climate make it an ideal retirement destination. Approximately 66,000 British expats live there now.

Italy’s northern cities, such as Milan and Bologna, thrive on industry and commerce. In contrast, the south of Italy, home to Rome, Naples and Sicily, is characterised by a more relaxed Mediterranean culture and is known for its tourism.

Other reasons why you should move to Italy are its well-developed public transport and healthcare systems. Public transportation is reliable, safe and inexpensive. Meanwhile, healthcare in Italy is regarded as one of the best in the world. There is no charge for basic medical care, but complex procedures and long-term care must be paid for.

Germany's rich culture, excellent public transportation, free education and free healthcare make it an attractive place to relocate. There are open green spaces in even the most urban areas in the country, with more than 92% of residents having access to green space within 500m of their homes. It’s estimated thatmore than 107,000 British expats are living in Germany.

With its tech industry growing, Berlin is a great place to live for young expats. Berlin is ideal for those who enjoy socialising and meeting people. Düsseldorf has incredible infrastructure and quality of life. Germany's second largest city, Hamburg, offers plenty of living space. Meanwhile, despite its relatively high cost of living, Munich boasts an excellent quality of life.

Switzerland often ranks as one of the most desirable countries to live in. This is because of its high standard of living, beautiful scenery and comprehensive healthcare and education programs for expats and residents. More than 40,000 Brits are estimated to be living in Switzerland.

The country’s low crime rate, dependable public service system and infrastructure, excellent education system and profitable finance jobs make up for the high cost of living. It's also highly valued in Switzerland that you keep a healthy work-life balance, so working overtime is discouraged.

Moving to Europe from the UK

Relocating to Spain or other parts of Europe is often seen as a daunting task. However, there are ways to ease the process. Your move to Europe will go much more smoothly if you work with an experienced removal company.

At Cotswold Carriers, we are here to assist you at every step. With over 40 years of experience, our team guarantees you the best service from beginning to end. Contact us today!